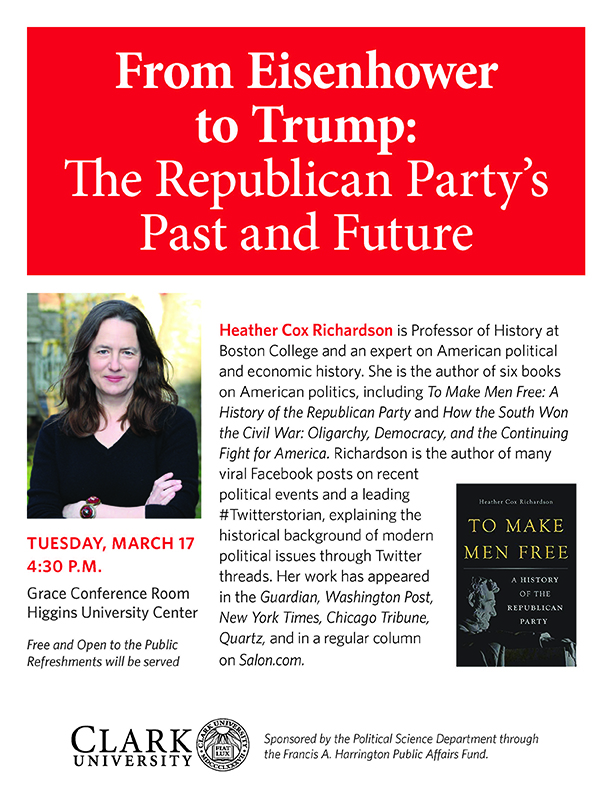 Heather Cox Richardson is professor of history at Boston College and an expert on American political and economic history. She is the author of six books on American politics, including “To Make Men Free: A History of the Republican Party” and “How the South Won the Civil War: Oligarchy, Democracy, and the Continuing Fight for America.”

Richardson has authored many viral Facebook posts on recent political events and is a leading #Twitterstorian, explaining the historical background of modern political issues through Twitter threads. Richardson’s work has appeared in The Guardian, Washington Post, The New York Times, Chicago Tribune, and Quartz; she also has been a regular columnist for Salon.com.

Sponsored by the Political Science Department through the Francis A.Harrington Public Affairs Fund