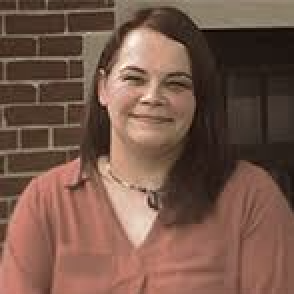 Visiting Assistant Professor Dr. Kourtney Senquiz sat on a panel March 15 as part of Boston College’s screening of Rebecca Hall’s movie “Passing.” The group was invited to a virtual screening March 14 and brought back for the panel discussion the following day.

Senquiz, who is currently working on a transcript on the ideas of Black horror and white terror, was joined on the panel by Dr. Martin Summers, a professor at Boston College for the history department, as well as the director of the African and African Diaspora Studies and Program.

“I was really excited to be invited to speak about Nella Larsen’s ‘Passing,’” Senquiz said. “The novel has been with me for over 20 years as kind of the main stay in my research as well as in discussions with family and friends.”

The two looked at the 2021 black-and-white drama film, which was based on Nella Larsen’s novel “Passing,” which was originally published in 1929. The story is set in Harlem, a neighborhood of New York City, and centers on the reunion of two childhood friends – Clare Kendry and Irene Redfield.

Summers spoke to his research in general and sexuality, specifically within the medical field. He focused on Black masculinity in the past, particularly within the Harlem Renaissance, which he used as a lens for the film.

Larsen explores race and the idea of “racial passing,” which is a key element to the novel and how the characters are perceived.

“The first thing that hit me was the use of the black and white background,” Senquiz said. “The film is a nod to the strict colorline.”

Historically, the novel is set in the 1920s, which was marked by “color lines” between Black and whites.

“It sets the tone that we are not just in the 1920s,” Senquiz said. “We are in some kind of twilight zone if you will.”

Many practiced the idea of “passing” to separate themselves from the legacy slavery left behind. “Passing” would take place when a person tried to claim recognition within another racial group than the one they are believed to belong to. As many Black Americans also had European ancestry, some appeared more white.

“We see just how uncomfortable race is for people who are passing,” Senquiz said. “Whether it’s by choice or survival.”

Senquiz said this made her think of the gothic and why Hollywood is focusing on these themes, even with more recent Jordan Peele movies. She noted the feeling of “impending doom.”

Senquiz, whose specialization is in African American literature, culture, and intellectual history, noted that the film did an excellent job to honor Larsen’s legacy and work. She said the screen brought the story to life, even if the novel does add more in depth insight to Irene and her personal thoughts.

“This just leads to the question of why are we, as Americans, so haunted by race,” Senquiz said. “Race is omnipresent on both sides of this colorline, and it’s really this skeleton in the closet that nobody talks about but it starts to manifest itself in many ways.”

One way the idea of the color line is seen is through the idea of abject horror, which Senquiz described as an “other ghost.”

“We can definitely see passing as just one way to reclaim this stolen birthright or to just reclaim rights as American citizenship,” Senquiz said. “Consequently, it’s matched with this anxiety and construct to pass that becomes a gothic family secret.”

Senquiz said this is because Black horror exists because of white terror. For example, within “Passing,” Irene pulls her hat down further over her face while in a store because she fears the horror that will unfold if the white people in the store know she is there.

“This haunting that grabs the audience holds them still,” Senquiz said. “We all know as we are watching it that it couldn’t end well.”