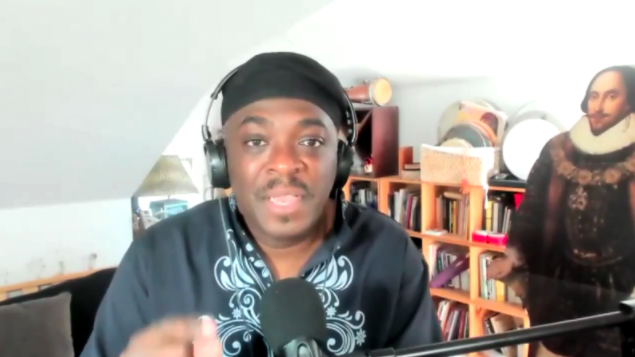 Regie Gibson is not just a lecturer at Clark University or the head instructor for the Mass Poetry “Poets in Schools Program.” The widely-loved poet is also a literary performer who has presented across the United States, Cuba, and Europe.

Clark students were welcomed to hear Gibson’s poetry April 22 for an hour of “intelligent, thoughtful, bluesy, jazzy, touching exploration in what it means to live, laugh, and love as a human being,” as Gibson said.

“He is a wonderful teacher,” Chair of Clark’s English Department, Lisa Kasmer said. “He is a professional performer, and I thought ‘Wow, we have this great talent that’s untapped for us, for Clark.’”

Gibson competed for and received the Absolute Poetry Award in Monfalcone, Italy as well as the 2018 Europa in Versi Award from the Casa della Poesia in Como, Italy as a representative of the United States.

A few weeks ago, Gibson brought his expertise to Zoom and performed for Clark students “Letter and Spirit: The Rants, Chants, and Coos of a Literary Musician.” Gibson described the pieces as “things that made (him) think.”

“You never know who’s going to come to stuff like this,” Gibson said. “All of us who are poets and do poetry, we know that the thing that’s more difficult than writing this stuff is getting people to come and sit still long enough.”

Gibson’s performance covered a variety of poems, some following a theme and others addressing issues in the current day.

“I don’t always completely plan out a performance,” Gibson said. “I have to make room for wherever the collective what we are doing is leading. You get to know some of that by faces, by nods.”

Gibson almost takes on a role while performing his poetry, speaking differently than when he is just introducing the literature. His gestures articulate and emphasize aspects of his words, while the pace and beat of his poems are almost like a mix of rap and storytelling, encompassing the listener and transporting them into a different time and scenery. Gibson even sings parts of the poems and beats on his mic or the desk nearby, adding to the bluesy and jazzy stories he tells.

“When I became a poet, part of my job is to investigate that ‘thang,’ whatever that is that binds us and combines us,” Gibson said, “that lets us know that we’re somehow not alone.”

Gibson’s words seemed universal and relatable. Even as he gave a “lecture in four-four-time,” as he called it, people joined together to explore ethnomusicology and social linguistics.

“We think about human beings and these things we come up with to maintain connection with each other: music, philosophy, religion, science; all these things to describe who we are.I think we came up with these myriad ways because we’re driven to. As a social species, I think we’re driven to find things that bring us together even as we find things that drive us apart.”

The beat and rhythm brings people together and makes them listen with interest, according to Gibson.

He brought the students to the “dawn of time before technology,” as his poem started, to see and feel “what it means to be human.” Gibson spoke that no matter the language we speak, there’s a beat that brings us all together.

This commonality though can help face inequalities both in our nation and worldwide.

“He was saying there was both a beauty and a beastliness in this country,” Gibson said about Jimi Hendrix’s “National Anthem.” “Fighting for free and justice for all means being angry and loving. It means wrestling with both ignorance and ideals…Sometimes, like now, when things get ugly in this country, America must try and make music out of our mangled madness.”

His advice for students?

“Everything you do is going to require some form of language and communication,” Gibson said. “Get out of the idea that I need to find my voice. We sometimes tend to believe that’s a singular thing…The moment we say that we take away possibilities.”

Each of us are full of multiple voices, Gibson said, all of which must be cultivated. Gibson is using his language now to work with the Red Cross on how to better share lessons on Climate Change. He is also working with Unite America to find a better way to bring policies to people and the effect that laws have on people.

Gibson has been featured on HBO’s Def Poetry Jam, various NPR programs, and was nominated for a Boston Emmy. Gibson’s volume of poems “Storms Beneath the Skin” received the Golden Pen Award. Gibson is also the lead singer for Atlas Soul, which is a multimedia performance focusing on the life and works of William Shakespeare.

He shared his love for Shakespeare through a poem he wrote to Juliet as well as his poem “All Your Life’s a Stage,” a homage to “All the World’s a Stage.” A cut-out of Shakespeare also accompanied Gibson in his background throughout his virtual talk.

Gibson’s works have been published in multiple locations, including Poetry Magazine, Spoken Word Revolution, and Harvard’s Divinity Magazine, and he was selected as one of Chicago Tribune’s Artist of the Year for Excellence in his poetry. 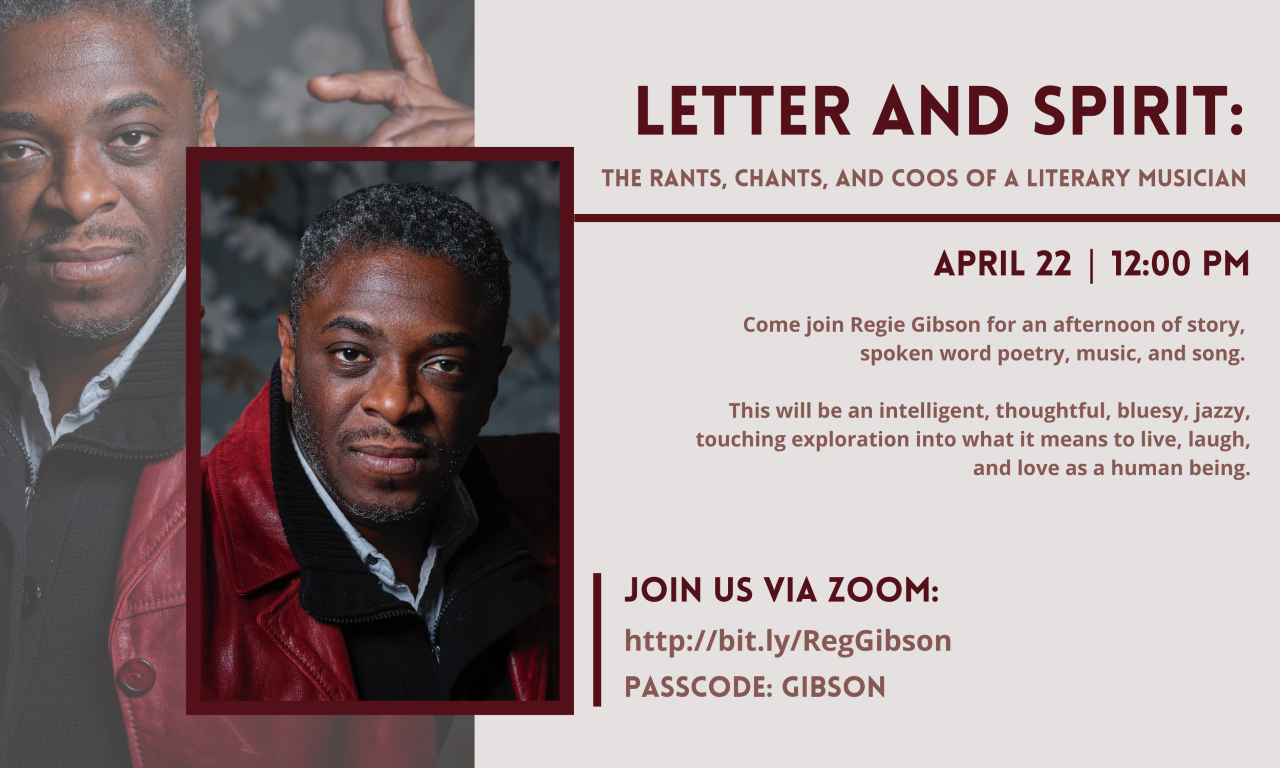