Though the Department couldn’t gather in Anderson House for traditional festivities, last month’s first virtual English Department Open House was still a big success. About 35 people gathered on a Zoom call to meet the new faculty members, reminisce on their times in college, and hear about the experiences of Clark employees who were English majors. There were lots of chats sent back-and-forth, a few prizes given out (you’re hearing from the proud new owner of an Anderson House baseball cap!), and most importantly, there were lots of answers to the question that every English major inevitably gets asked: what do you do with an English degree? 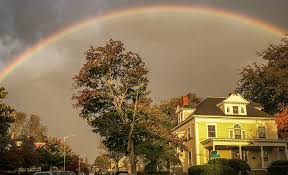 That answer is remarkably broad. The Open House featured admissions counselors, resident hall directors, librarians, diversity coordinators, marketing and fundraising specialists, and heads of academic programs like the Writing Center and the American Language and Culture Institute. Even our current President, David Fithian, studied English at Clark. Though he couldn’t make it to the Open House, he wrote us that thanks to the English major, he “learned to read carefully and critically, and to write with greater clarity, concision and purpose. The ability to write well, speak clearly, and, in both cases, deploy words with precision, has served me well at every stage of my career. It has also enriched my life personally, not just professionally.” Like President Fithian, the speakers all emphasized that the English major had made them lifelong learners and critical thinkers, preparing them to effectively empathize with others, write and verbally express themselves well, communicate persuasively, and organize with an attention-todetail, no matter what job they ultimately ended up in.

Perhaps one of the most special parts of the program was hearing from Clarkies like Nick Porcella, who attended Clark as an undergraduate and then returned as an employee later on. A graduate of the Class of 2015, Nick was excited to talk to his former professors and reflect on fond memories at Clark, like creating his Directed Study called “Introduction to Whaling” with Professor Meredith Neuman. When new faculty shared their research interests—for instance, Assistant Professor Justin Shaw’s project on race, emotions, medicine, and disability in early modern theatre—Clark alums especially expressed nostalgia for their undergraduate tenure and a wishful desire to return to the classroom to learn from our English Department faculty. We’re particularly happy to have Clark employees who still feel connected to their English major so many years after their graduation.

Ultimately, while there isn’t any one career or professional path for an English major, we do share some commonalities. English majors are flexible, adaptable, and creative, prepared to jump into any new challenge, whether that’s a job, graduate school, or volunteer opportunity. We are passionate, curious learners throughout our lives, always excited to hear about updates across academic disciplines. We are empathetic readers and caring community members; it’s evident in the number of graduated English Clarkies who return to reconnect with their former professors and guide new students. And, yes, the stereotypes are true—we are also book nerds, with favorite texts ranging from Moby Dick to Charlie and the Chocolate Factory. 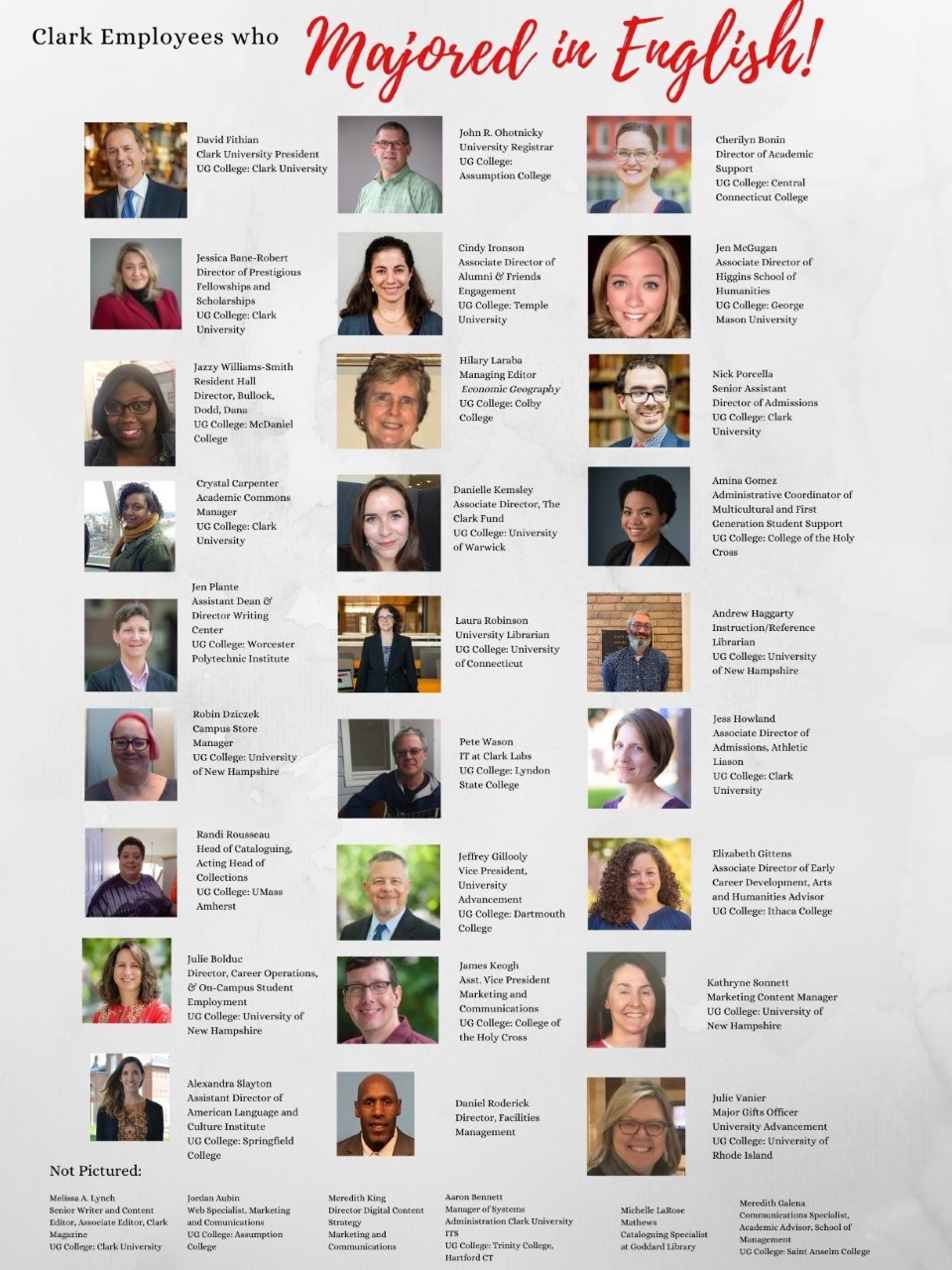