Answer: Thanks so much for your comment and questions. I have a sister who is a performing pianist, and over the years we’ve often talked about creativity, including the need all artists have to produce their art and the difficulties faced by women in the creative arts. From talking with my sister, I knew that it was only in more recent times that women were widely able to perform professionally. Research is always one of my first steps in writing a novel, and when I began reading about the history of women in classical music, I was astounded to learn that they were not able to even audition for most professional performing opportunities until the 1970s. There were a very few exceptions, due often not just to talent, but to accident or luck. For example, a woman married to a conductor might be better able to perform, or a woman might get a chance if a performing group needed someone last minute and they were readily available. The roots for the story in my novel began to grow. 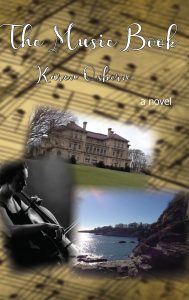 My sister suggested the setting, as she had performed in one of the mansions in Newport and knew that there had been classical music concerts in the mansions, especially in The Breakers, as far back as the 1950s. The first time I toured The Breakers and walked into the great hall, I could imagine its magic as a performance space, with its high ceiling filled with glittering gold. I could imagine the excitement of performing in that hall, especially in the early 1950s when John Kennedy had just married his bride Jackie in Newport, and the country was poised at the beginning of a period of exciting changes.

Answer: I became interested in modern music, also called new music, more than twenty years ago when my sister began playing as the pianist for BMOP, the Boston Modern Orchestral Project. She taught me how to listen to modern music, which sounded so different initially I didn’t know how to hear it. Over time, I learned that modern music can be as emotional, if not more emotional, than earlier classical music. The dissonance in modern music was representative of the way life began to feel in the second half of the 1900’s. Some composers went further than others in creating dissonance, like John Cage who famously wrote a piece of music in which the musician didn’t play the instrument. Others wrote music that experimented with melody and non-melody. They questioned the basic concept of what constituted music, expanding the definition of music to include whatever the composer deemed musical. I found this idea fascinating, and it corresponded with what began happening in art and literature (both poetry and prose) around the same time period. I learned by writing free verse, for example, that it is actually harder to remove the standard structural elements, like meter and stanzas. The poem, then, has to teach the reader how it should be read. Structure still exists, but it’s unique to the given poem. I could imagine how these concepts would excite Irena when she was young and newly graduated from the conservatory. I could also imagine that a quartet playing modern music might be more open to breaking other conventions and including a female member, even if in the end they wouldn’t make her a permanent member.

Answer: Yes. It’s well documented that up until recently women fiction writers have been under-represented in book reviews, especially of literary fiction. I attended graduate school in creative writing in the 1980s and began writing fiction in the early 1990s. While in graduate school, I wanted to write fiction, as well as poetry, but was told repeatedly that my voice was too lyrical for fiction. Despite my arguments that writers like Virginia Woolf and Eudora Welty had lyrical voices, I was kept out of fiction writing workshops and told I couldn’t include fiction as part of my thesis. At the time, I accepted these decisions (all made by male professors) and assumed that my fiction wasn’t good enough for me to pursue. It was only after I graduated that I realized that most of the fiction writing students in the program had been male, and that even fewer of the female students in fiction writing had been writing novels. I had had an idea for a novel and been told it would be too difficult for me to pursue writing any novel at all. It seemed fine for women to write poetry, and a few might be allowed to write short stories (like Katherine Anne Porter and Flannery O’Connor had), but the novel, which was also the medium that could produce an income, was discouraged. That realization freed to me write, Patchwork, my first novel, about women who had worked in the cotton mill industry.

I don’t think my professors were conscious of their discrimination. It was as if those attitudes, along with the ones that made it okay for male professors to take advantage of female students sexually, just existed in the water that we all drank. Fortunately for me, rather than feeling discouraged by their judgments after I graduated, I felt determined to prove them wrong, and that determination fueled my writing. I always need to connect in some way with my fictional characters, and early on in writing The Music Book, I knew that Irena, a woman who would survive the male dominated music world and one day play professionally, would have to be a fighter. I knew also what that felt like, and knowing that aspect of her helped me envision her. 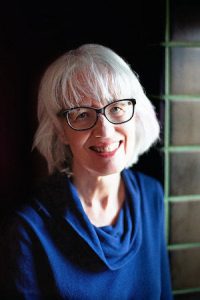 Answer: Revision is key. I always tell students that a novel in particular has to start out messy. If it doesn’t, the story or concept is likely too simplistic to warrant the length of a novel. It takes many revisions to find the focus of a longer work, to get the point of view right, and to fully develop all of the conflicts and scenes. New writers often approach revision by making smaller changes to sentences or adding a few details or more dialogue here and there, but true revision means re-seeing the work. You have to see more of the story, you have to see it more closely from the point of view character, you have to see and understand more about the characters, and while seeing more of the story and its world, you have to also see the story in a more focused and clearer way. Often in an earlier draft there are many different threads of development, and you have to be able to see which ones will carry the main plot of the story to its conclusion. I often don’t look at earlier drafts when I revise, and I recommend this to students. You can easily end up limiting your re-seeing of the story if you’re tied to an earlier draft, especially one in which you haven’t yet found the voice of the narrator.

Answer: I am deeply aware of creating an alternative world when I am writing fiction. In The Music Book, that alternative world developed through the main character’s experience of music, and one of the challenges of writing the novel was to find the language for that alternative world, which existed inside the consciousness of the character, but was as real for her as any other experience. Now, in the midst of the pandemic, we’ve suddenly been thrust into an alternative world. Over the past ten years or so, I’ve seen more and more young people drawn to writing dystopian literature. At first, this seemed to be a fad, but increasingly, it felt as if this new generation was reading signs that many of the rest of us hadn’t yet noticed.

I think young writers will need to find new ways to stretch or change the structure and language of fiction, in order to find ways to tell stories that can bear witness to the tremendous changes that are taking place—ecological and technological changes, but also the changes and challenges that human minds and hearts are experiencing. There’s evidence, for example, that the brain is changing in significant ways because of the constant access to screens in all forms. That alone changes everything about a character and how a character can be developed. I encourage young writers to read the classics. I think you have to know the history of your medium to write anything worthwhile, but young writers may need to challenge the medium of fiction in ways no generation before them has had to.

Linda Shockley is a writer based in New York City.