Professor Mandy Gutmann-Gonzalez and students reflect on their experience attending the Elizabeth Lindsay Rogers poetry reading and workshop this past February, speaking to the importance of events such as these and sharing work of their own.

Can you start by telling us a little bit about the Elizabeth Lindsey Rogers poetry reading and workshop?

M.G: The Clark Poets and Writers Reading Series invites published writers to campus to give a reading and teach a special craft class on a theme of their choosing, with the goal of fostering interdepartmental dialogue. The series is committed to bringing at least two writers of color and at least two queer writers per year. Luckily the series has received generous support through department co-sponsorships and a Higgins School of Humanities grant. In starting this Poets and Writers Reading Series, I wanted to center minority voices and provide students the chance to interact with, and learn from, visiting writers.

Elizabeth Lindsey Rogers led a workshop on unconventional poetic lineation that eschews the left margin and read from her dystopian and ecopoetic collection The Tilt Torn Away from the Seasons, which “imagines a human mission to Mars, a consequence of our own planet’s devastation from climate change and examines the impulse—and danger—of the colonial mindset, and the ways that gendered violence and ecological destruction, body and land, are linked.” 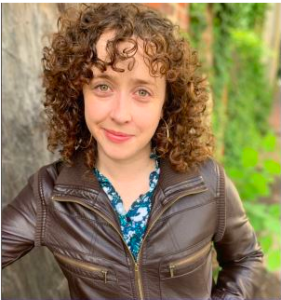 How would you describe Rogers’ writing? Its strengths? Its tone? Its unique qualities?

M.G: Andrei Tarkovsky’s Solaris opens with the sound of undulating water as the camera glides over lush scenes of plant life: algae waving under soft lake waves, enormous dark green leaves, tufty seed pods encased in mist, a pond with trees half-submerged; soon after we are transported to the place where the majority of the movie is set: a bleach-white, claustrophobic space station. Because of this stark contrast, when I first saw this movie I couldn’t help feeling nostalgic for planet earth, a very strange experience to have while on this planet. Roger’s poems are like that, an elegy for a world we haven’t (yet) fully lost:

These poems also contain the parallel: the way we treat nature is the way we treat each other (after all, that’s a dubious dichotomy). We have learned nothing from history, our colonial and patriarchal mindsets mean we repeat the same mistakes on Mars. The poems’ brutality is transmitted through lyricism, becoming eerie with the elegance of Rogers’ music (Rogers was trained as both a dancer and a musician), her ear for assonance, slant-rhyme, and rhythm.

How would you say readings and workshops such as these enhance one’s overall writing process? Writing career? Identity as a writer? Etc. 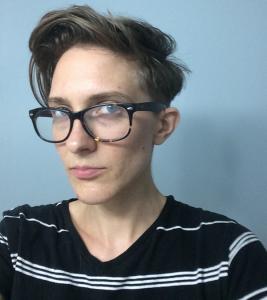 M.G: There’s something wonderful about words on a page acquiring flight through voice. Readings turn a solitary activity into a communal one. In a good reading, one can see the writer’s mind at work in the writing itself and in the way they talk about craft and their writing practice. This can be an electrifying experience! It can energize the writers in the room, remind them why they fell in love with language in the first place. The poet Valzhyna Mort says that reading poetry creates “a wound” that can only be cured by writing poetry. I think readings can also provide that (good) kind of wound and can operate as little thresholds for your own poems.

The workshops are actually my favorite part of these visits. Visiting writers teach a focused class on one aspect of poetic or fictional craft of their choosing. Students take away new tools that they can then experiment within their own work. Students also have the chance to ask questions about the author’s writing practice and the publishing process. It is truly rare and exciting to get to work closely with a range of writers in this way!

Two students reflect on their experiences participating in the workshop and attending the reading:

I keep returning to the underlying notion that Mars colonization itself implicitly suggests. It suggests a sort of native apathy in colonial ideology. That is, colonizing Mars suggests that we would rather colonize another world, create a habitable land from scratch (create atmosphere and an entire ecological system) than save and preserve the land and world we already have. The book suggests the possibility that Earth is uninhabitable, but even at that, it is difficult to believe that Earth is, even at its worst, less habitable for humans than Mars. Thus, the book gestures to the notion that humans in a colonial mindset would rather escape a dying planet to find, claim, and exploit a new place than work to solve their native problems.

Overall, the workshop and reading were incredible. I was amazed by the imagery in the poems and by the way Rogers so vividly describes a place no one has ever been. Beyond just language Rogers works with spacing and line breaks to engage the visual landscape of the page, creating, both through language and form, the very landscape of a newly colonized Mars: at once both foreign and eerily familiar. The language itself was beautiful and moving, even with the dangerous and invasive colonialist ideology that permeates so many of the poems. It is difficult to convey both this beauty and devastation, which Rogers does exceptionally well.

The writing workshop with Elizabeth Lindsey Rogers was an illuminating experience which informed and reinforced my knowledge of poetry. In helping us rethink our traditional conceptions of poetry, Rogers encourages us to think about lineation or the lines in a poem in a different way. To put theory into practice, Rogers introduced her strategy through a lineation writing exercise:

Step 2: Why is this place significant? What draws you to this place? Is it a place you’d like to physically live in or be present?

Step 3: How do you move when you are in the text? How does this place make your body feel? And what shapes do you associate with this place?

Step 4: Experiment on a page with form and content and how the lines are formatted.

Rogers also shared one of her works, “The Frontier”, a lyrical poem which speaks about Mars, a dystopian future, and other themes like colonialism and “The Wild West” before U.S. colonization. In working with places and settings, real and imagined, Rogers encouraged us to make use of the poem by experimenting with different formats to see their effects. But Rogers ultimately emphasized that there must be a tension, “there must be a big shift” towards the end of the poem to get a reader’s attention. Poetry can break conventional rules because some content demands non-traditional forms of lineation to get a message across. In a way, Rogers suggests that this honors the poem and its intended messages(s). An option and a possibility in the writer’s toolbox, Rogers encourages us to experiment and go beyond convention in lineation.

Other works we discussed included Brian Teare’s “Clear Water Renga” in his Doomstead Days, a book collection of poetry and Jake Skeets’s Drunktown, “Eyes, Bottle Dark with a Mouthful of Flowers.” Both poems take different extremes in lineation in trying to encapsulate what is at stake for the speaker and provoke an emotional effect in the reader. In “Clear Water Renga,” the disturbing imagery of ecological destruction is emphasized by the image of a suffering bird. While Drunktown invokes the imagery of a desolate town over a horizon, the poem and the scene are captured in how the lines are sorted on the page and further emphasized by the range of colors.

For the writing exercise, I chose a familiar and safe place where I knew the atmosphere and where I grew up. I felt as if I was being called by my own senses. A view of the early morning sun, a mountain range, and for some odd reason, triangles were appealing. In any case, a poem and a work in progress: 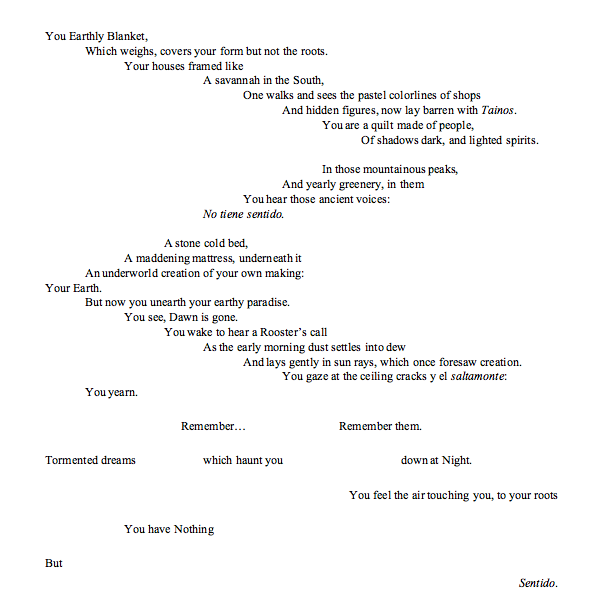