I got the chance to ask Professor Senquiz some guiding questions about her upcoming spring course, Toni Morrison, where she discusses how her class will honor the literary legacy Morrison has left behind. 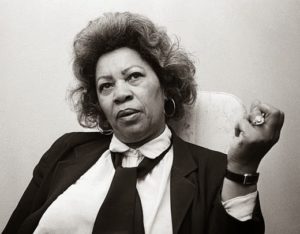 O.S: Can you talk briefly about yourself? (Personal projects/passions, academic history, etc.) What led you to this work?

K.S: It is difficult to say what led me to this line of work because African American Literature and teaching has always been a part of my life. Growing up, my family always made sure that books were available from a variety of cultures and countries to create a diverse worldview. Even with all these literary influences, I started my college career majoring in Veterinarian Science. However, after I returned from studying abroad in Ghana at the Kokrobitey Institute, I changed my major and transferred to UMass Amherst’s W.E.B. Du Bois Department of Afro-American Studies. While in Ghana and tutoring the students in Kokrobitey, I realized the importance of education and the limits of the American educational system. A year after I transferred to UMass, I returned to Ghana to study at the University of Ghana, Legon. 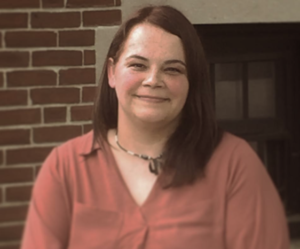 Fast forward a B.A., M.A.T., and a M.A. later, I am a doctoral candidate in Afro-American Studies and preparing for my doctoral defense. My dissertation focuses on literary representations of the African American Gothic Double in the work of African American writers of the 19th and 20th centuries.

O.S: What inspired you to dedicate this course to Toni Morrison?

K.S: As my students will tell you, I can find a way to connect Toni Morrison’s literature and theories to almost every aspect of American life, culture, and history. After reading Morrison’s Song of Solomon and Beloved when I was a young child, Toni Morrison immediately became my favorite author. After her passing, I tried to think of a way that I could help keep her memory and scholarship alive. Immediately, I thought of our amazing students at Clark and knew that this was the perfect group to offer a course on Toni Morrison.

O.S: What do you believe sets Morrison apart from other writers? How has she impacted the literary world?

K.S: Toni Morrison is the most prolific and influential writer of our time. She was the first African American woman to win the Nobel Prize. Her literature provides multifocal lenses for her readers to learn essential aspects of American realities that are often overlooked, silenced, and dismissed. Not only has Toni Morrison opened doors for authors like Angela Davis, Toni Cade Bambara, and Muhammad Ali (to name a few), but she changed the way we looked at American history and literature. Her literary criticism challenged scholars to reevaluate canonical texts for the Africanist presence that was there but continuously overlooked. Morrison challenges us to reconsider concepts of otherness, the foreigner, and blackness because of the sociological divisions that these concepts reinforce. Honestly, I could go on, but if you want to learn more you will have to enroll in the course.

O.S: What can students expect from this course? What should they think about before joining?

K.S: Students can expect to be transformed, not just as scholars, but as people and citizens. By the end of the course, students will develop a theoretical and literary understanding of African American literature and culture. Before joining the course, students need to think about if they are willing to have discussions that, at times, can be difficult, but also productive. If they are open to reading and hearing ideas that might be different than their own, or if they want to contribute their perspective, this course is for them.

O.S: How have you chosen to structure this course? 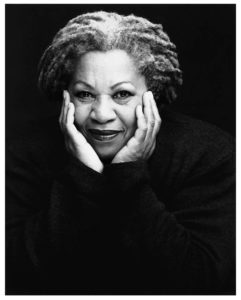 K.S: The course is structured around in-class discussions and inquiry-based close reading. Student participation is the key to success. Every class, students will discuss their close reading analysis of the assigned texts and should come to class prepared with questions to encourage critical thinking. Also, the designated student moderator will help facilitate group discussion. Along with daily participation, students are required to create an in-class presentation, moderate discussion, write a midterm, and final research paper.

O.S: In respect to Morrison and the legacy she has left behind, what do you hope students will take away from this course?

K.S: I hope that students will gain an understanding and appreciation of Toni Morrison’s work and perhaps even grow to love it as much as I do. As we explore the epic themes layered throughout her work, students will develop an understanding of classism, sexism, the sociological constructions of race, the transgenerational psychological damage caused by slavery, and racism in America. Even more importantly, I hope that students pass on what they learned about Toni Morrison, her literature, and African American literary theory. When we pass on the lessons Toni Morrison teaches us, we keep her memory alive, and thus she will continue to live on forever.