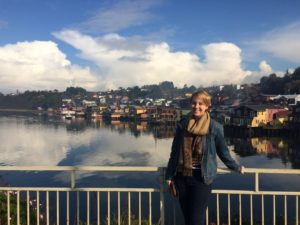 Upon my arrival in Santiago Chile, it was made clear to me that class registration at their local universities was going to be a long and arduous process. I knew that all my classes would be in Spanish, the teachers speaking generally only limited English and expecting quality work regardless of my proficiency level. I fell into a class called “Gabriela Mistral y Violeta Parra: Poetas Cruzadas” (Gabriela Mistral and Violeta Parra: Crossed Poets), the description of which informed me that these were two of the most influential and revered female poets in Chile.

If you have never heard of them, you aren’t alone. The most recognizable literary figure out of Chile internationally is without a doubt Pablo Neruda. But within Chile, he shares that title with Mistral and Parra. Gabriela Mistral was the first Latin American person to win the Nobel Prize in literature, and the fifth woman in history to do so. She was also a social activist and was explained to me by one Chilean student as “essentially the queer mom of all of Chile.” Violeta Parra, in contrast, was a musician, tapestry artist, and folklorist whose songs and poetry collections are studied as some of Chile’s most renowned and well-known poems.

Both Mistral and Parra were known for their connections to the indigenous populations of Chile, their poetry connecting the land and the region to their identity and their innovative use of language (obviously, Spanish). Many of their works have not been translated, or if they have been, the translations are poor or inaccessible. One of the first things you learn when studying a new language is that there is never a truly perfect translation, and you as a second language learner simply may not be privy to some of the hidden insights, cultural references, or slight differences between ways of saying the same thing. 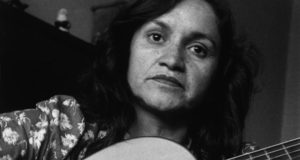 It surprised me that Violeta Parra’s songs were treated with the same respect and reverence that any classic literature would be, even though her songs were known for being vicious, colloquial, and regional. The class’s assessment of her imagery, rhyme, and meaning was wildly different than I would have suspected, and the additional analysis of the form of her writing—the beat and rhythm of a polka versus a bolero—was yet another alien idea. 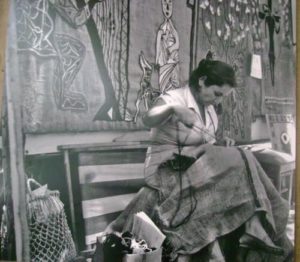 Violeta Parra working on a tapestry

If Parra’s work was inaccessible to me because of slang and colloquialisms, Mistral’s was inaccessible due to its formality. Her old language stretched the limits of translating dictionaries, though I found the meanings of her poems to be more easily relatable. They both combined their work with their politics, and a deep sense of belonging to Chile. My lack of knowledge on the history of Chile’s politics (aside from the dictatorship) didn’t do me any favors there. 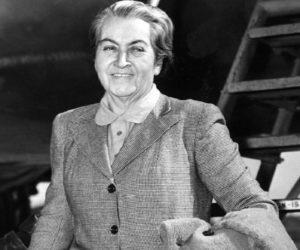 Additionally, my confidence to speak in class and discuss was shot. While my language improved steadily, once I began trying to voice any real claims on the pieces, my words would slowly tangle until I gave up, leaving all my lovely classmates and professors trying to put what I had said into a logical order. But aside from all of those problems, this was one of my favorite classes I’d ever taken.

Why? Because of the challenge, but mostly because the way that one thinks about literature changes depending on the language it’s in and the ways different cultures evaluate words. Spanish is a language that rhymes more easily, so their conception of what constitutes different types of rhymes is different; the academic style of literary analysis emphasizes syllabic count more, and the feelings which different arrangements of syllables and the weights of syllables create. The understanding of what constitutes a poem was different—many of Parra’s songs were essentially folklore pop-culture but also viewed as high art. Their analysis of their own regionalism or local color gave me a deeper understanding of the regions of Chile. 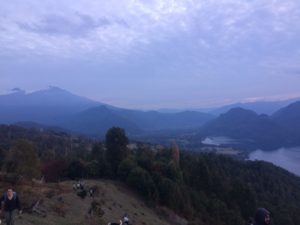 There is plenty that is hard with taking a literature course in another language, but it broadened my ideas of literature tremendously. Moreover, there is a lot to be discussed in who gets translated into English in an English centric western world, who we value enough for this honor and why. Taking “English” in another language is a door to breaking down and rebuilding everything you have learned so far in the US, and that is deeply valuable.