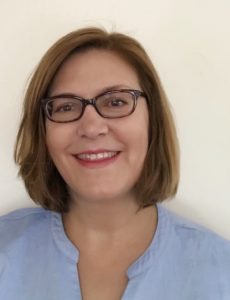 This semester Professor Kasmer offered a new special topics course in 19th Century British Literature titled Queer Victorians. This course has worked on exploring the ways queer sexuality and gender were viewed during the Victorian Era which can be studied through the themes present in many Victorian works. In this interview, Professor Kasmer describes her thoughts on both the course and topic.

What is your interest in the topic of queer Victorians?

After reading bell hooks, Hélène Cixous, and Adrienne Rich in graduate school, my exploration of texts became informed by feminist theory and gender studies, which I’ve carried out in my research and my teaching at Clark. My first monograph Novel Histories: British Women Writing History, 1760–1830 looks at the way in which women writers revolutionized British history writing in order to respond to contemporary national politics. My course Making Gender through the Eighteenth-Century Novel focuses on the construction of masculinity and femininity through the discourses of sexuality and sentimentality in the eighteenth-century novel.

My current course Queer Victorians resonates with me since I believe that the Victorian period is full of writers addressing what we now consider themes of queer sexuality and gender. Victorian culture, which first pathologizes and then criminalizes queered relations, allowed the harassment and imprisonment of men like Oscar Wilde and the erasure of lesbian desire– Queen Victoria opined that it didn’t exist. Victorian texts, which hold a multivalent emphasis on kinship, desire, matrimony, domesticity, and familial life, stand as a rich resource for analyses of same-sex desire, gendered and sexual subjectivities, and closeting and homophobia. Often, however, these themes have gone unrecognized, which is why I was so eager to teach this course.

In examining the way power works to institutionalize and legitimate certain forms and expressions of sexuality and gender while stigmatizing others, I hope this course will provide a forum for us to consider radical social and political change concerning the queer community. At a time when, as Eve Sedgwick declares, the closet delimits gay culture; when transgender soldiers’ careers are at risk; when conversion therapy is making a comeback; and the risk of suicide and bullying are still heightened in LGBTQ+ youth, our vigilant response is necessary.

How does it relate to your research and area of focus?
My current book project on early nineteenth-century national trauma demystifies Romantic revolutionary ideals to reveal their complicity in national traumatic policies, such as the exploitive colonial trade of opium. In this course, I’m similarly interested in reimagining cultural ideals in the Victorian era, usually seen as narrowly moralistic, to reveal not only queer subjectivities but to actually effect a reorientation of queer epistemology and identity politics by questioning the privileging of certain subjects and standards of conduct within the time.

How did you chose the texts for the class? Was is challenging? Were there others that you considered?
Choosing the texts was challenging. I wanted to work with texts that wouldn’t necessarily be seen as queer, such as Charles Dickens’ Great Expectations. I also wanted to look at the ways in which queer subjectivities intersect with race and class. With Dickens’ novel, we discussed the issues of compulsory heterosexuality and “queer failure,” or queered subject’s happy opting out of modern capitalist, heteronormative society, to illuminate Dickens’ exploration of nineteenth-century class struggle and national turmoil.

What aspects of the class are you looking forward to?
It was exciting to reveal new dimensions of well-known writers. Reading Christina Rossetti’s Goblin Market alongside her unpublished love sonnet to a woman helps to focus the controversial poem on issues of sexual identity and rape culture, just as reading Sheridan Le Fanu’s Carmilla against Jack Haberstam’s Female Masculinity highlights issues of gender presentation in the novella.