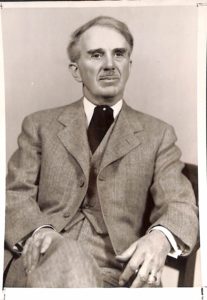 Loring Holmes Dodd first arrived at Clark University in 1910 as an English Professor though he went on to teach in both the English and Fine Arts Departments till his retirement in 1949. He served as the Chairs of both departments and also directed many student plays. He established the Clark Fine Arts Program in 1922 and was the director of it till 1956. Out of his generosity, Professor Dodd financed part of a new dorm at Clark in 1971. The University in honor of this dedicated the building in honor of his wife Ruth Dodd. In the English Department we still have the Loring Holmes and Ruth Dodd Drama Contest in their honor. This contest allows him to continue to support and encourage students to be actively involved in drama through the writing of plays. The most recent winners of this contest have been Laura Baker ‘17 with the play “2016,” Toni Armstrong ’19 with the play “Forgetting Lee Grant,” Chloe Anderson ’17 with the play “Hangover,” and Emily Denny ’17 with the play “The Filthy People.”

Professor Dodd’s wide ranging academic interests are easily seen in the books he wrote: Golden Moments in American Sculpture, With an Eye on the Gallery, and Everyday Rhetoric. He explained in an interview that he decided to pursue a career in teaching because “Before I left high school, my early love of Latin and Greek was so strong I had already settled upon teaching as a lifework.” Professor Dodd expressed his love of teaching when he stated “to share one’s art and literary enthusiasm with the young is a rare and enviable privilege.” His students described how active he was in the classroom and in ensuring they were exposed to a world of art both on campus as well as through trips to Boston and New York. His main goal was to bring art to as many people as possible both in his classes as well as in Worcester. He had a great love of all artistic endeavors that he most enjoyed being able to share and teach. He was remembered by his students “as a flashy dresser, a stickler for promptness, a dog lover who brought his cocker spaniel to every class and let him sleep under the desk, a generous host to small groups of students.” 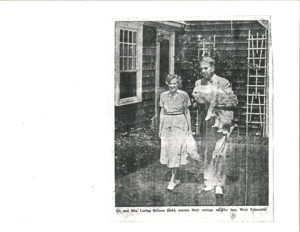 Professor Dodd was an influential member of the Clark community not just from his teaching but due to the many artists he convinced to perform or display their artwork at Clark. The Dodd home was always open to students and visiting artists who often stayed at his house during their time in Worcester. After his death the Worcester Telegram stated that “through his knowledge, kindness, and persuasiveness [he] became one of the most significant cultural forces in Worcester between 1920 and 1950.” By all accounts Professor Dodd had a magnetism that persuaded artists to travel all the way to Worcester to perform in his Fine Arts series and convinced even reluctant students to attend performances or experiment with new forms of art that they had been unaware of before. He made it his goal to foster in all of his students a greater appreciation and love of art which many of them have claimed has lasted with them their entire lives. His influence was greatly felt in his classroom, the Clark campus, the Worcester community, and art world in general.