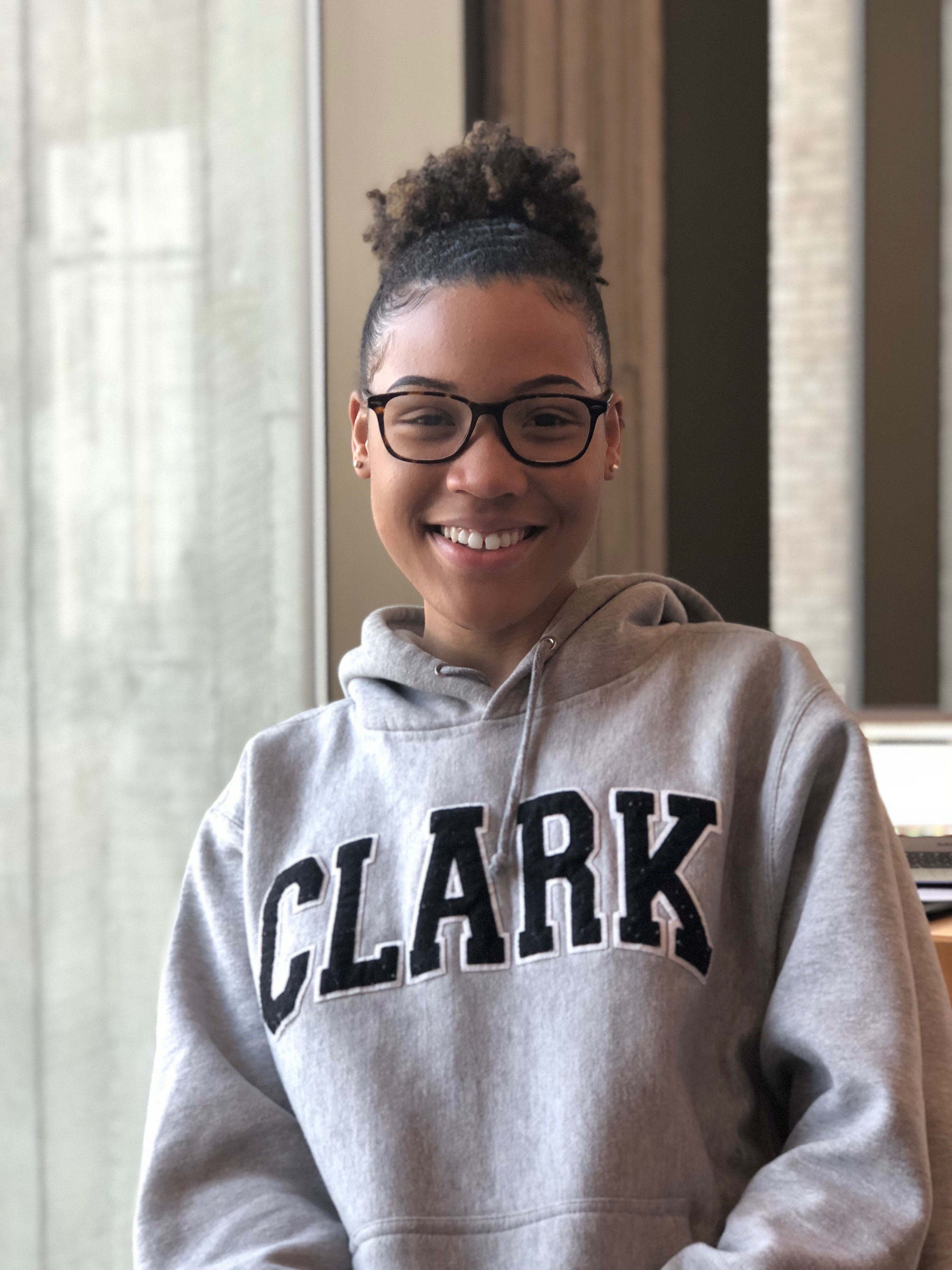 Kaiomi Inniss (’19), a newly-declared Creative Writing minor, has recently landed a journalism internship at Worcester’s Pulse magazine, starting in February. She will be contributing to the arts and culture section of Pulse, covering events, such as exhibitions at art galleries around the city.

“English has been my favorite subject since my childhood,” she recalled. “I would write stories for my class assignments that always won awards and teacher recognition.” Although Kaiomi has loved writing for many years, it wasn’t until recently that she picked up the pen again.

After coming to Clark, she delved more deeply into other topics like environmental science, as she declared her major in Global Environmental studies with a concentration in Urban Development. She explained that she didn’t really “take the passion [for writing] with me in terms of declaring it as a major.” However, Kaiomi learned of the English Department’s new Creative Writing minor, and her friends encouraged her to pursue it. She also credits a creative nonfiction writing course with instructor Michael Carolan, a professional writer, as one of the inspirations that got her back to writing and journalism. She is looking forward to eventually completing a Master’s Degree in either Creative Writing, Journalism, or some other related field.

Kalomi’s interest in the internship at Pulse stemmed from her passion for this aspect of journalism. “I always find myself reading magazines and publications that focus on lifestyle, art, and the culture of specific cities,” she remarked. Kaiomi said that she had frequently read Pulse’s column “Hot&Now,” which reviews new restaurants in Worcester. When a potential position on the staff became available, she personally reached out to the editor to see how she could get involved.

In addition to her internship at Pulse, Kaiomi represents the English Department throughout Clark and Worcester. Kaiomi mostly grew up in Barbados, but was born in Trinidad and Tobago, and now works as a Third Culture Kid to support multicultural and multinational students as a part of the International Students and Scholars Office. She is also the Vice President of Clark’s Caribbean and African Students Association (CASA).

Her internship is just the first step in Kaiomi’s plans for the future. After working with Pulse, she hopes to travel to Mossel Bay, South Africa where she will intern as an environmental journalist, combining several of her interests. Her ultimate goal is to work for The New York Times’ travel section. Perfecting her craft through creative writing courses in the English Department and her internship, Kalomi is well on her way to reaching this goal.