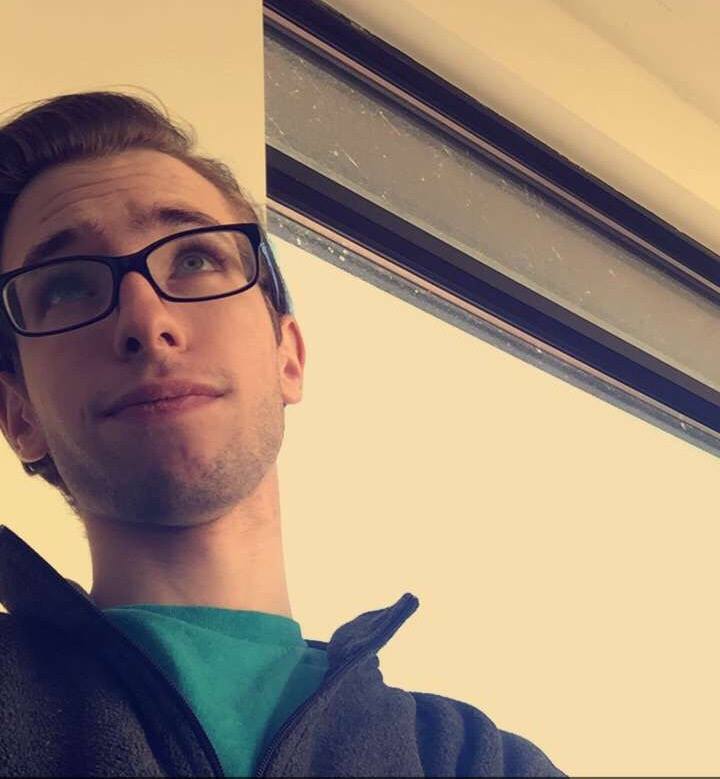 Bruno Lieto is a junior English major and editor for Clark Writes, an English Department blog for writing. He hopes to teach kindergarten or elementary school when he graduates.

What can you tell me about yourself?

Bruno comes from East Haven Connecticut, a small town split into three subsections: Momauguin, Foxon, and The Center. In Bruno’s case he comes from the latter and was near the town’s different libraries. Bruno said that this was where he got first got his interest in literature, as not only was his mother a librarian but he was also close with the other librarians; even seeing them as a swarm of other mothers. During his childhood Bruno would often volunteer at the library, an activity Bruno still does whenever he returns home for the summer.

Throughout his high school tenure Bruno was involved in many different clubs, becoming the president of three by the start of his senior year. In addition, many of his English teachers proved to be a great help and influence to Bruno, stating that they allowed him to think more critically and learn not to take things at face value. These teachers also influenced Bruno in pursuing a major in English, as well as a future career in education.

Why did you decide to come to Clark and how have your views on Clark’s community changed over time?

While looking for colleges, Bruno had considered attending an in-state one but eventually decided that this was not the right fit. Clark, however, was a recurring choice, as Bruno’s sister was an alumna. Bruno had visited multiple times before his college search, creating an appreciation for Clark’s environment. Clark immediately turned out to be the best choice, with Bruno noting, “I can feel the environment changing for the better and I’m also glad I can be a part of that evolution. Communities need to grow together in order to improve and I feel like that’s what Clark is beginning to do.”

How have you changed since becoming an English major?

The English major has helped Bruno to see things from different perspectives, as well as understand the motivation behind them. In his own words, “With twelve different English majors in a room, a single poem has at least that many interpretations.”

Are there any books you’d recommend?

The Handmaid’s Tale, The Scarlet Letter, Fahrenheit 451, The Tempest, anything by Poe