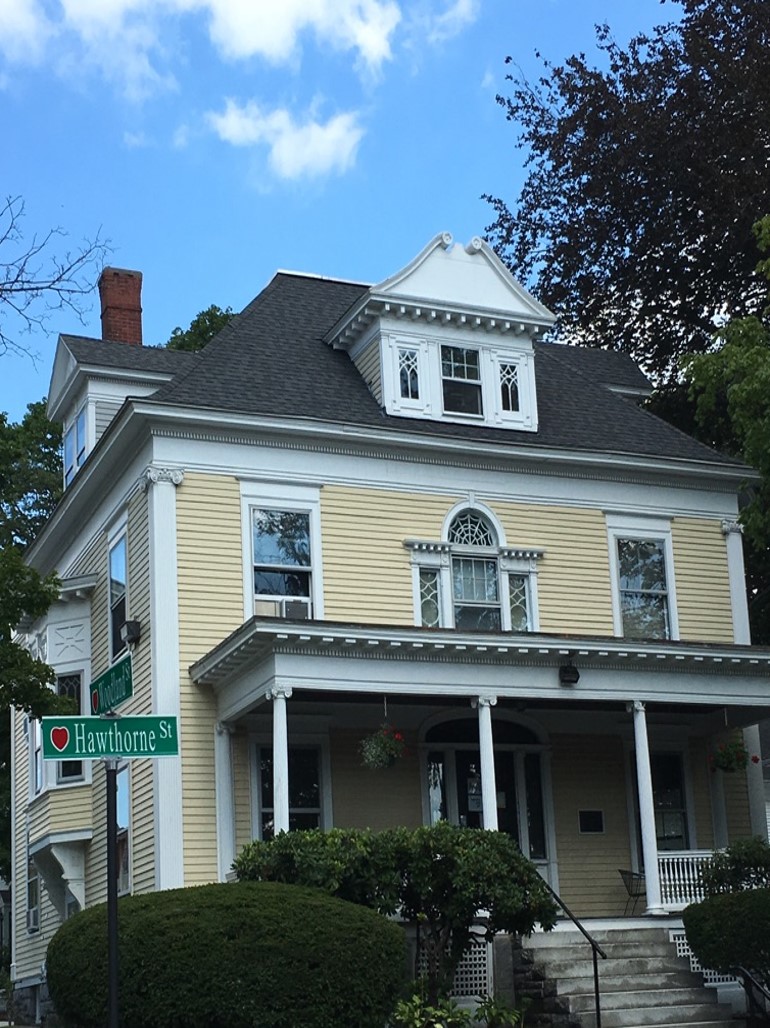 Anderson House has become an icon of the English Department since it was first purchased by Clark University over fifty years ago. Its unique architecture is representative of the many historical Victorian houses found throughout Main South and all of Worcester, which were built during the city’s first spurts of development. Despite renovations and changes in occupants, Anderson House has maintained its beauty for more than a hundred years and continues as an important site for Clark English students. Although it is now the site of professors’ offices and departmental events, the house has not always belonged to the University.

Anderson House was originally built in the late 1800s as one of several other houses along Woodland Street. The Woodland Street District was created during a pattern of development in Main South that produced several of the Victorian houses along nearby streets. These houses, primarily built between 1860 and 1900, were designed with very specific architecture, including turrets, large porches, and Palladian windows. At the time, Woodland Street was on the city’s fringe, but the pressure of increasing population and rising land values led to the area’s re-development. In 1980, the Woodland Street District was listed on the National Register of Historic Places.

Clark bought the house in 1961 from Mrs. Dorothy R. Comins, who had lived there with her husband, Edward Irving Comins, and their three children for many years. Dorothy wrote in a letter to the Department in 1969 that the house had previously belonged to her mother-in-law, Mrs. Irving Comins. After her husband’s death in 1959, Dorothy decided to sell the house. The University bought it along with many of the other houses on Woodland and nearby streets, like Harrington House across the road.