In many ways, Raja Venkatachalam is not all that different from other driven and talented students who have studied at Clark’s Graduate School of Management (GSOM). Despite having a mechanical engineering degree from Anna University in Chennai, India, he knew he wanted to attend graduate school in the United States and shift his focus to business administration. The recent MBA graduate succeeded in the classroom, made new lifelong friends, and was a favorite graduate assistant among the staff. While many of his peers hope to find permanent employment in the United States, Raja is thinking two to three years of professional work experience will suffice. That’s because a piece of him remains in India, and Raja plans to someday return to the non-profit sports organization he began before leaving for business school. With what he has gained from his time in GSOM, he thinks can take Radiant Sport to a new level of success. 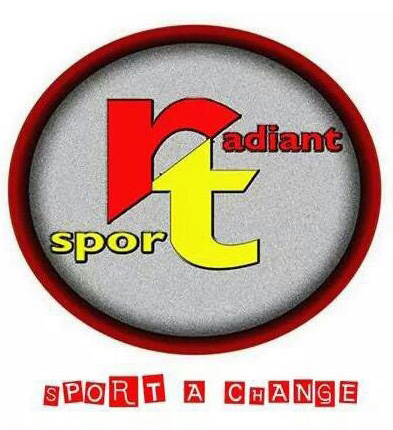 As an undergrad, Raja and one of his friends, Thomas, took the unusual step of starting a small non-profit organization, something typically frowned upon by Indian parents who hope to see their children achieve great monetary gains. Raja knows he was lucky.

“Most Indian parents are still ‘old school,’ and not in favor of doing things that don’t make money for a career. My parents trusted and believed in me,” he states.

Raja’s friend Thomas shared both his entrepreneurial spirit and desire to give back to the community. With their mutual love for sports (Raja was a district level basketball player, and Thomas was a state level tennis player), the two decided in August 2013 to start a charitable organization that focused on engaging people in sporting activities.

“There are lots of charitable organizations providing basic living needs in India, but none to help the downtrodden achieve their dream in sports,” he explained. “Yet, there are lots of talented young people who would love to be active and could be brought up to play sports.”

With a vision of “for sports, by sports, through sports,” Raja and Thomas started small, organizing a simple basketball tournament in his hometown. While larger organizations collect funds from sponsors, the two started off with ₹4000 INR (around $55 U.S.) of their own savings to launch the tournament. Later, the men started collecting nominal entry fees from teams, but gave out cash prizes to the winners. They made very little money from the outset, but Raja and Thomas knew they had something to build on. 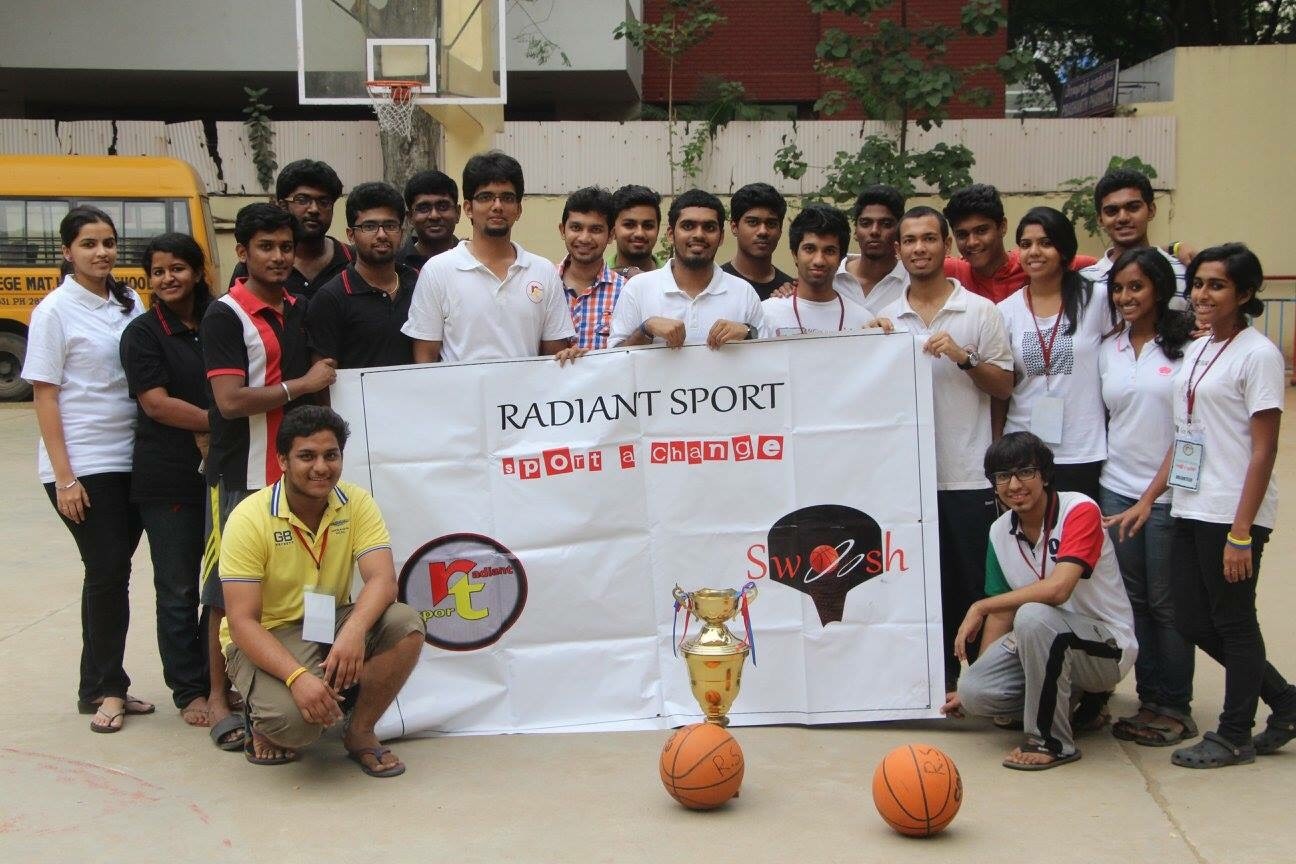 Slowly, the two were able to recruit a group of reliable volunteers to assist them; today that number is about 25-30 people. They also began to venture into other sports, including soccer, volleyball, and badminton.

The start of Radiant Sport didn’t happen completely without challenge. Many people didn’t trust them, thought the two young men were selfish, and assumed they were pocketing much of the money they took in. So, Raja and Thomas decided that any money they made after expenses and prizes should be donated to a charity. That’s the business plan in place for the eight events held every year.

“Everything is done very professionally and very systematically. All of Radiant Sport’s money is in a designated bank account,” Raja states. “Eventually, even the naysayers came around.”

To ensure they reach a variety of participants, Radiant Sport typically chooses either an orphanage within their locality or a small village of less than 1,000 people to offer an organized charity sports tournament. One of Raja’s favorite memories is of their first visit to a tiny coastal village near Chennai.

He explains, “Ninety-five percent of the people in the village, adults and children, were only engaged in fishing. No one had ever played any sport in their life. But they loved volleyball, so we rented out a school ground space and organized a volleyball tournament. It was awesome. The biggest reward was that they really wanted us to come back.”

About a year after starting Radiant Sport, both Raja and Thomas left for graduate school – Thomas heading to Scotland and Raja to Clark’s GSOM. The two recruited underclassmen from their respective schools to carry on Radiant Sport’s mission. He kept in close touch with those running the organization, and when he returned home over his school breaks, he met with the current staff of volunteers to offer assistance. 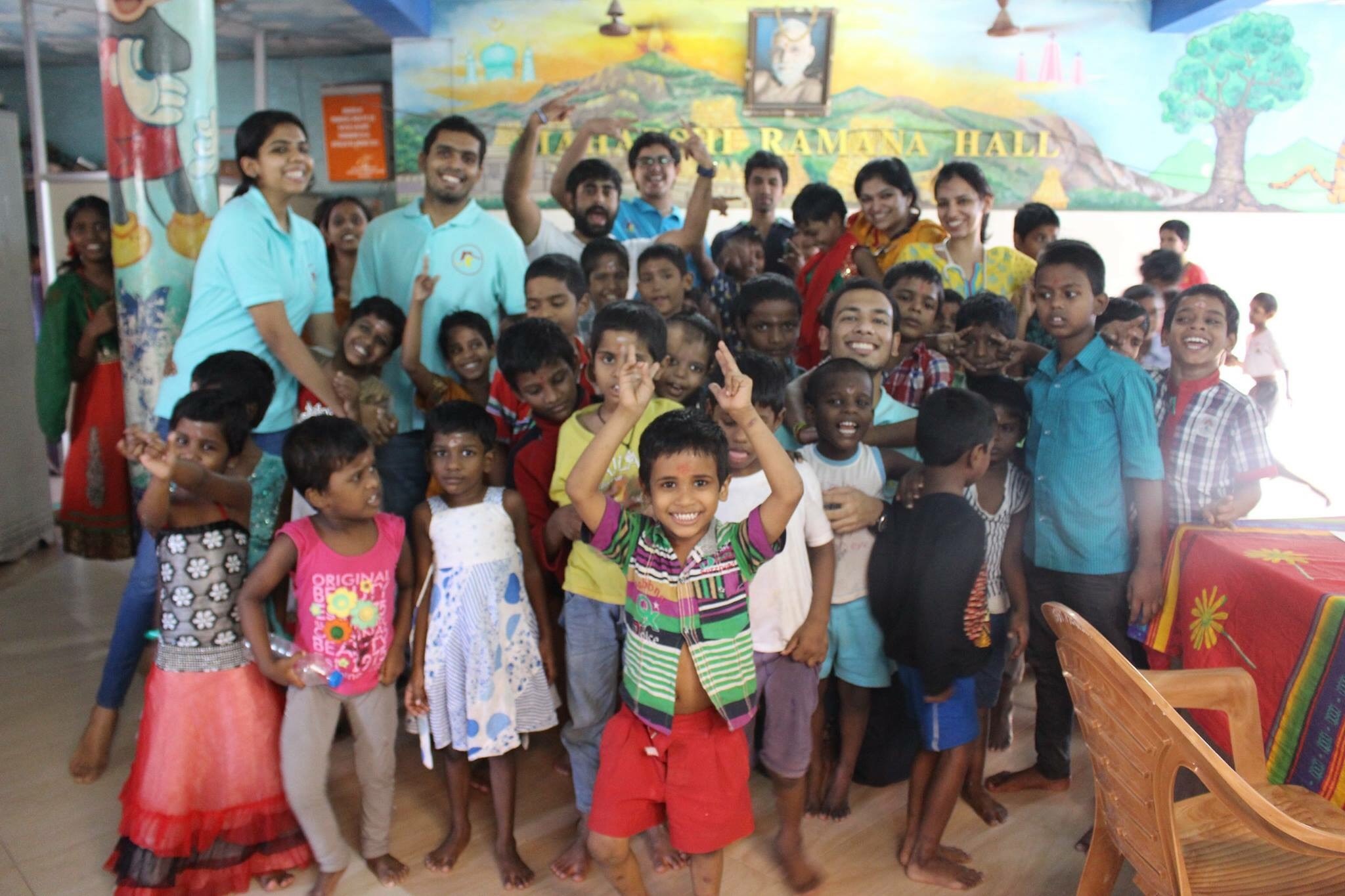 Radiant Sport has gradually become more well-known throughout the Indian state of Tamil Nadu. Raja was invited to a local radio station last winter break to talk about the organization, and he is now being approached by companies who want to sponsor Radiant Sport events. This makes Raja proud, but not complacent. He is happy to see his organization leading by example, but wants to see other companies and organizations “step up to the plate.”

“We started Radiant Sport not for us, but to be a model for other organizations,” he explains. “I know Radiant Sport can only do so much. I believe larger companies could do the same thing, and I would like to see that.”

Raja praised his GSOM experience for giving him the “perfect head start to a career path” and arming him with greater leadership and management skills that will carry over in his future work with Radiant Sport. More important, he feels, is that his courses and faculty taught him how to compete in the business world. Once feeling as though he were at a career disadvantage as an international student, he now has the confidence to face any challenge.

“Not only do I have the business skills necessary to succeed, but I now have the courage and strength to be successful. GSOM brought that out in me. I will always be grateful to the staff and faculty here,” he states.

As for the future of Radiant Sport, Raja is planning to help expand it into other cities, utilizing some new marketing strategies he learned as a student. He knows Radiant will not be his primary career, but it is definitely his passion. Eventually, he will return to India and more fully re-connect with the organization.

“I hope it continues,” he begins. “We have learned a lot through our experiences in running the organization. First, I always thought that life was easy! But when I interacted with orphans and the downtrodden, my perspective of life changed. I felt more fortunate for all I had been given. Secondly, we learned to effectively manage time, people and money. We started spending and using these resources more efficiently than we thought we could. Overall, it has been a wonderful learning experience, rather than an earning experience. People’s blessings are way more important and meaningful than money.” 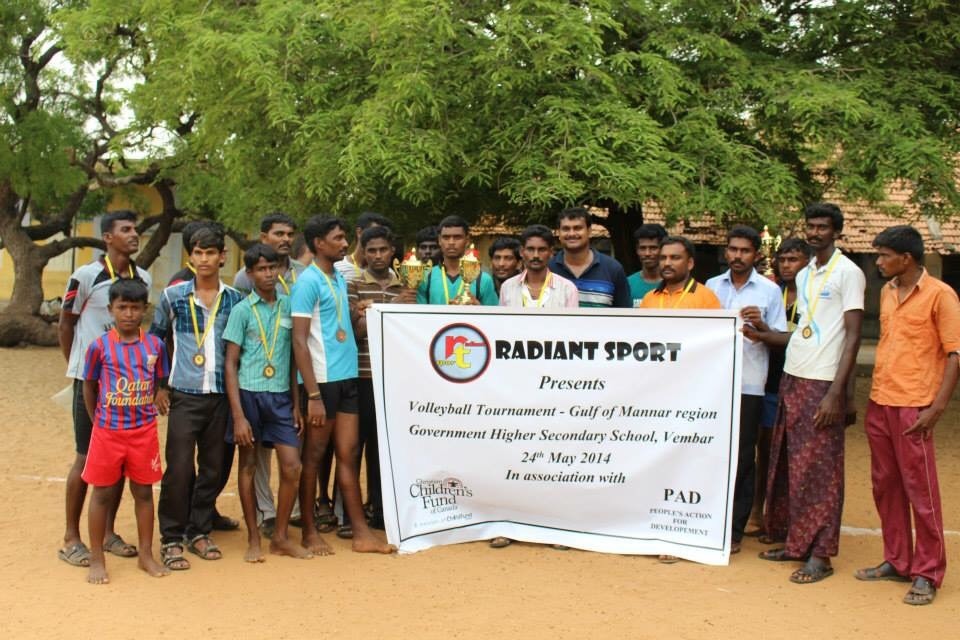 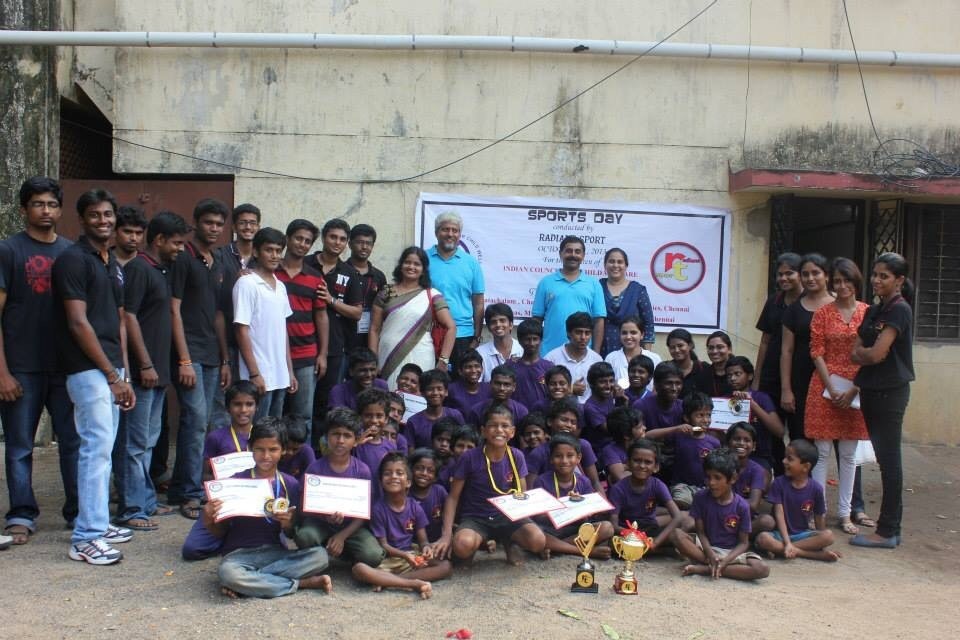 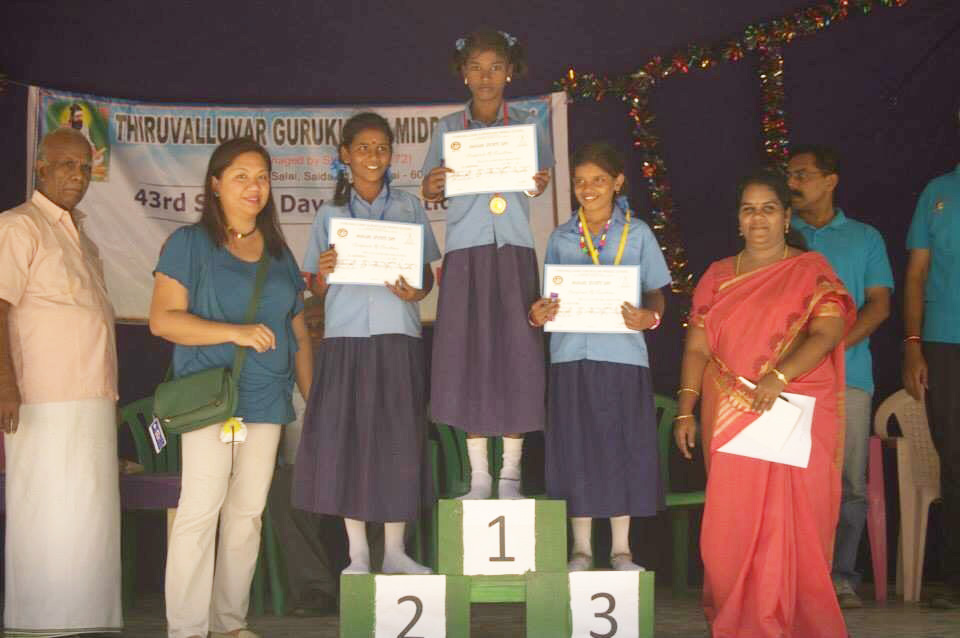