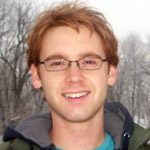 Azavea, an award-winning geospatial analysis (GIS) software development company, has announced that Tyler Dahlberg (GISDE ’14) is one of three students named winners of its second Summer of Maps. Inspired by the Google Summer of Code, Azavea Summer of Maps is a program that offers $5,000 stipends to student GIS analysts to perform pro bono geospatial data analysis projects for nonprofit organizations during the summer of 2013. Azavea received applications from students and nonprofits from across the United States.

Like the first Summer of Maps in 2012, this year both national and regional nonprofit organizations applied with a wide array of potential spatial analysis projects that spanned domains as varied as arts and culture, environment, community and economic development, public health and food, elections and politics, transportation, and family services.

From June to August, the fellows will:

“The quality of the applications we received from both the nonprofit organizations and students was outstanding,” said Robert Cheetham, Azavea CEO and president. “Competition was fierce, which made it challenging for us to select winning organizations and students. What this showed us, though, is that a lot of nonprofits are asking very sophisticated spatial data analysis questions in support of their missions. I am very excited that Azavea will have a chance to work with these top students implementing projects with social and civic value.”

Dahlberg graduated from Iowa State University and currently works as research assistant for Professor Yelena Ogneva-Himmelberger and as a writing tutor in the International Development, Community, and Environment Department at Clark. He is primarily interested in GIS as it applies to issues of public health and environmental exposure, as well as water conservation issues. Prior to coming to Clark, he worked as a GIS analyst for the New York State Department of Health’s Center for Environmental Health, and for the NYSDOH Bureau for HIV/AIDS Epidemiology. Dahlberg recently won a Geller Grant from Clark University to travel to Uganda and perform GIS research on sustainable microgrid development in 2013.

This story first appeared on the Clark News Hub.