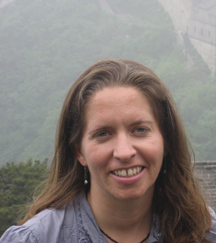 In the aftermath of Superstorm Sandy, a new research initiative is exploring how societal discourse of energy systems and climate change is changing in response to the storm’s devastation and disruption.  Jennie Stephens, Associate Professor of Environmental Science and Policy in IDCE, and her collaborative research team have received funding ($60K) from the National Science Foundation’s (NSF) Science, Technology and Society Program to study how Superstorm Sandy is influencing discourse linking energy infrastructure and climate change.  This research was funded through the NSF’s RAPID program which provides fast-tracked proposal review and awarding of grants for time-sensitive research.  This research takes advantage of the fleeting opportunity during the months directly following the storm to characterize energy and climate discourse among energy sector actors and the media in different regions of the U.S.

The storm highlighted the vulnerability of energy systems including electricity infrastructure damage that resulted in power outages to 8.6 million customers and gasoline distribution challenges leading to severe gasoline shortages in New York and New Jersey. Superstorm Sandy also re-introduced climate change into the political discourse of the 2012 Presidential election, where it had been conspicuously absent.  Stephens and her collaborators at University of Minnesota, Texas A&M, and SUNY-ESF are characterizing post-Sandy levels of societal awareness of linkages between energy systems resilience and climate change vulnerability through media analysis, interviews and focus groups with energy sector actors in different regions of the country.

Professor Stephens was invited to present initial findings of this research at a conference on “Climate Change and America’s Infrastructure” held at Arizona State University in January.  Clark student Lauren Ziemer (Environmental Science BA ’13 / ES&P MS ’14) will be working with Professor Stephens’s research team as a research assistant on this project.