In honor of our colleagues and students joining us at the Becker School of Design and Technology at Clark University, ITS wanted to share the games that we’re excited about this Spring.

Games for when you want to …

Games for when you want to start from scratch

Jason Trinklein, our Director of Infrastructure, has been playing Factorio – similar to SimCity but with more complexity. Available on Windows and Mac, you build a massive industrial complex, starting from mining, to researching robotics, all with the ultimate goal of building a spaceship. Jason finds the world enormous, enriching and useful even in his professional life. 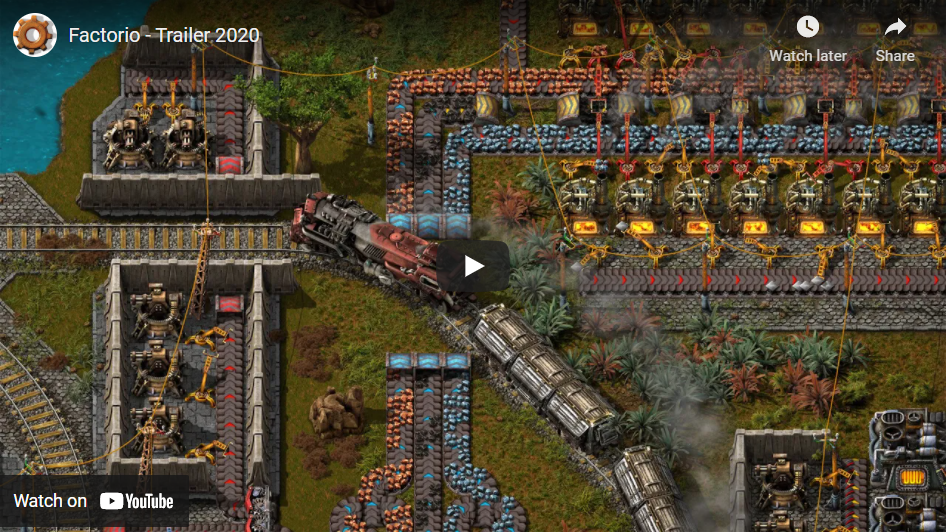 Games for when you want to be challenged

Aaron Bennett, our Manager of System Administration, enjoys playing online chess, despite being modest by insisting he’s not very good. He plays on both Lichess for blitz chess (three minutes for the entire game, and you gain two seconds for each move you make), and on RedHotPawn for a more relaxed correspondence type game. 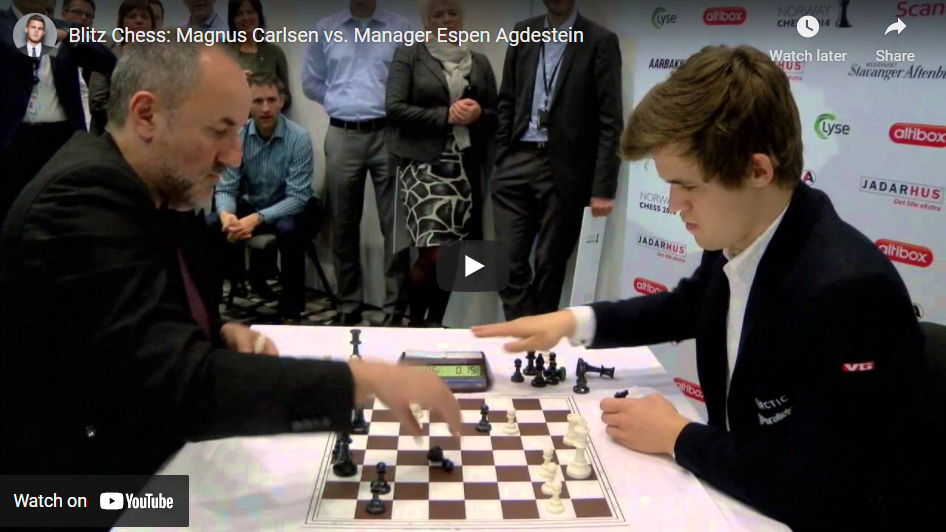 Games for when you want to create something

If you’re into immersive, open-world games, Eric Scholwin, Systems Administrator, is the person to talk to. From SimCity 2000, Valheim, WOW, 7 Ways to Die, Minecraft, and Subnautica, Eric is passionate about building worlds, exploring universes and surviving various catastrophes. However, when pressed, he felt that No Mans Sky was the real underdog – which despite a rough start, has really flourished into a polished and ambitious creative space. A space exploration game, it allows you to visit procedurally-generated planets, confront random monsters, and mine a wide range of resources. 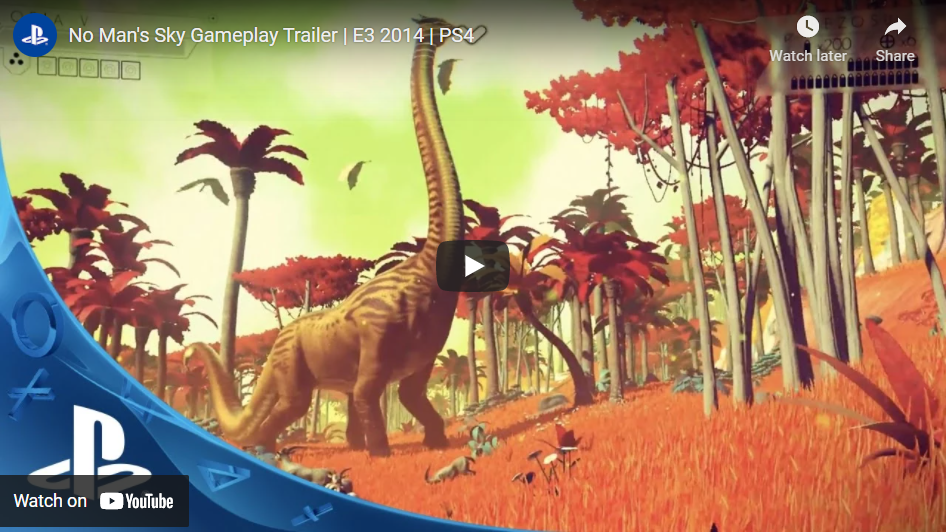 Games for when you want to feel some nostalgia

Terrance McCormack, our Help Desk Manager, is embracing the nostalgia, by buying an NES to play his favorite childhood game – Kung-Fu Master. This game is a retro, side-scrolling beat ‘em up originally launched as an arcade game and later ported to the Nintendo Entertainment System (and the Commodore 64). Interested in seeing the game in it’s all its glory? Check out this playthrough – not by Terrance, but impressive none-the-less 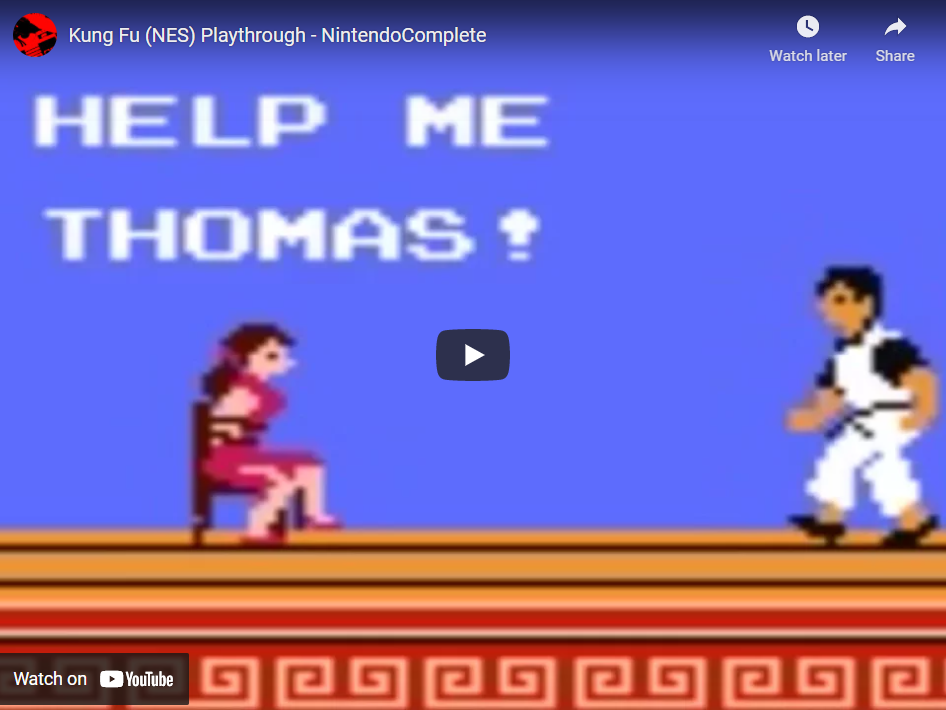 Games for when you want to get immersed

Brian Julin, Network Engineer extraordinaire, is all-in on Fallout 76 despite admitting that it’s “a deeply flawed game with spongy controls, a bug list a mile long, and and a game (im)balance that changes with every new software patch”. So why bother picking up a (Playstation, Xbox or Windows) controller to play it?

Brian believes that the flaws is what makes it so interesting “…you end up with a huge gray expanse between what’s an “exploit” and what’s just “in the game.”  Then add online play where you can kibitz with other players, and a build system where you can express your inner architect/artist, and you really have no excuse for being bored, even in the face of sparse end-game content.” 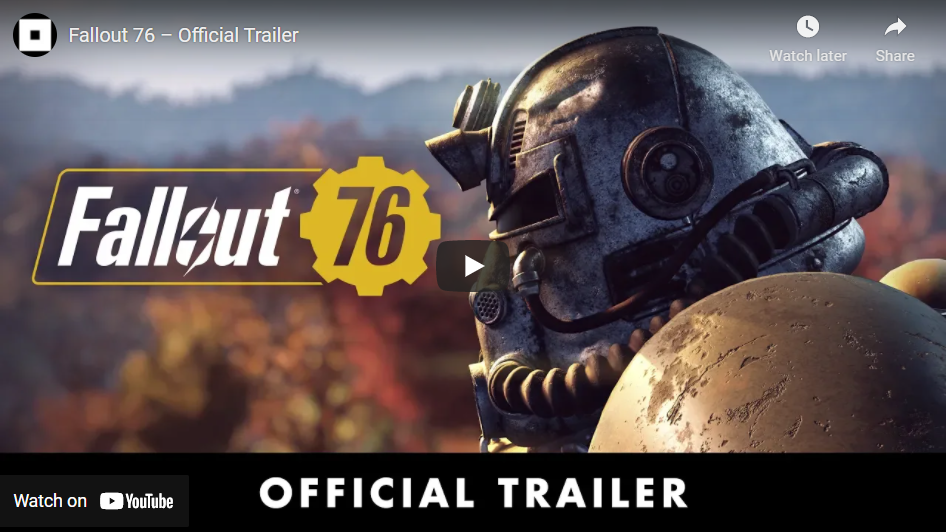 Games for when you have just two minutes

Just like everyone else, most of ITS enjoy some easy and quick mobile games to fill what little down-time we all have these days. 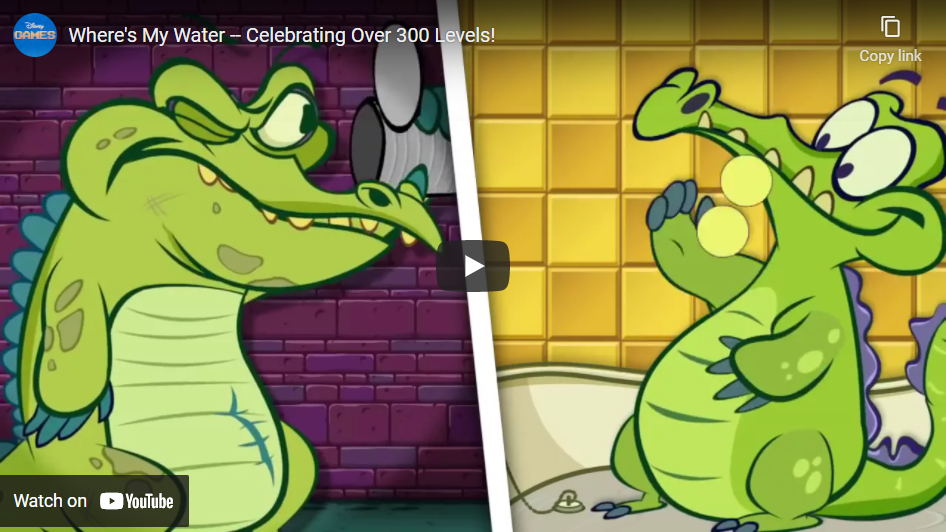 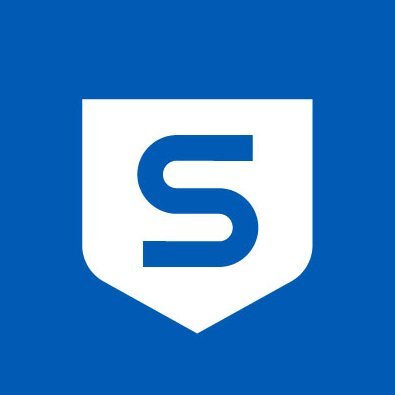 ITS is very excited to announce a new, easier way to protect your personal Windows and Apple devices – Sophos Home.

Clark community members have long had free access to Sophos – a leading anti-virus software – to install on their personal devices.  Clark will now provide access to Sophos Home which offers more advanced, real-time protection from the latest ransomware, malicious software, and hacking attempts. All of this while also being incredibly easy to install, use and update. Additionally, Sophos Home supports the new Apple OS – Big Sur.

We recommend upgrading your home antivirus to this latest product. Click below to get started, and contact the Help Desk (helpdesk@clarku.edu) if you need more support. 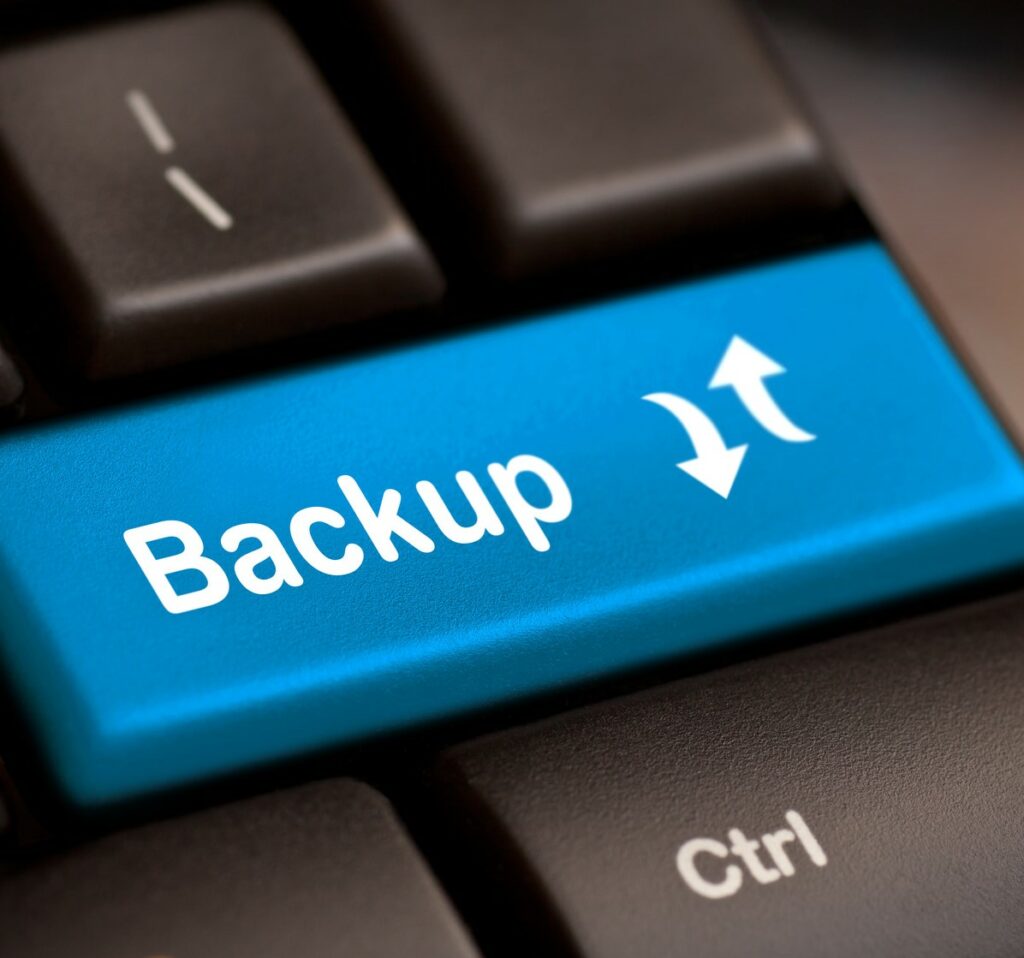 Some of the most difficult calls we get to the Help Desk are when students, faculty, or staff, who are working hard on projects, papers, research or grading, have something significant happen to their device, and face losing important data. This is especially difficult in the run-up to the end of the semester when stakes are higher, and time-lines are tighter.

While ITS will work hard to try to restore data where possible from Clark-owned devices, and help as much as possible with personal devices, the easiest way to reduce the stress of losing your work is to back-up often, both to your device and to another location.

Clark University provides all community members with 5TB of OneDrive space for you to store or back-up your Clark data and access it from many different devices. Especially at this often-stressful time of the semester, please get in the habit of backing up your work regularly.

As an important reminder, confidential data (Social Security Numbers, other PII, PHI, etc.) should not be stored either on your Clark device, nor in your OneDrive. Click here for more information on different types of data and the appropriate storage choices. 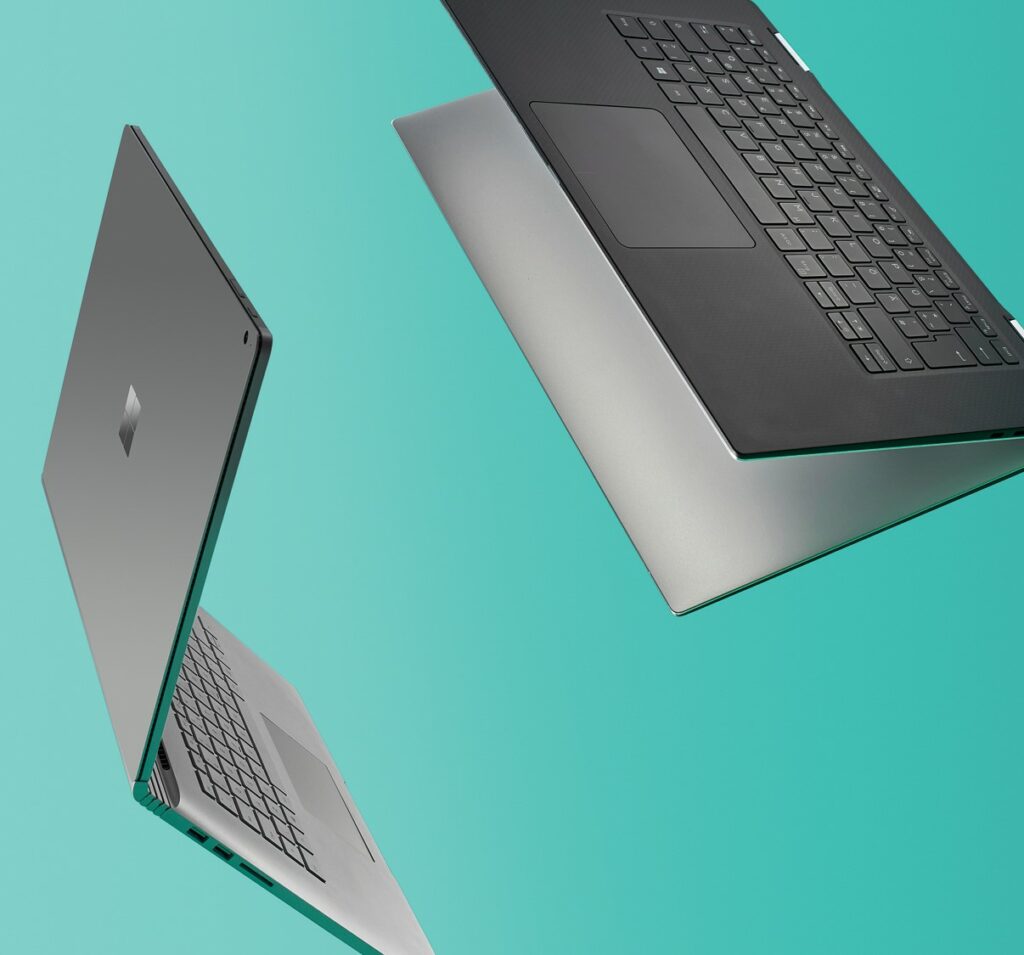 As you may have seen in the news recently, there is still a shortage of computer chips which will in-turn lead to a shortage of a range of items in the coming year – including new computers. What does this mean for Clarkies? If you’re considering buying a new personal device for Fall 2021, it will be important to plan ahead and order early.

Additionally, if you’re considering purchasing an Apple computer, owners of devices with the new M1 chips are still facing complications when finding compatibility for important academic applications. If considering this new technology, it will be important to do your research and ensure that it’s a good choice for your type of usage.

Finally, don’t forget to check out Clark University’s Get Hardware page for more information and links to preferred vendors. 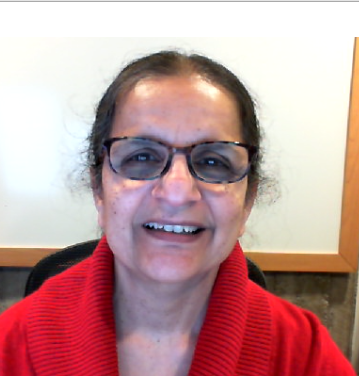 This month, we meet Bhagya Srinivasan, who works in our Academic Technology Services department as an Instructional Designer

Bhagya joined Clark on February 1st of 2020, just in time to become an invaluable part of our faculty support team during the COVID response. When asked how to describe what she does in a single line, she says “I help teachers discover their strengths in teaching.” She particularly enjoys working with faculty from different disciplines and learning about their passion, teaching and research. Her ultimate goal when working with faculty is to help them get technology to work for them as much as (or more than) feeling like they’re working for technology.

Bhagya is originally from India, and grew up travelling through most of India as a military daughter. She’s lived in four states in US, loving each one of them for their individual uniqueness. During her travels, she got married, worked at a variety of colleges and universities, had a daughter and earned her Doctorate in Education. Now living in Shrewsbury, she loves spending time with her grandson, walking on trails and practicing yoga.

Interested in chatting to Bhagya about how to make technology work for you? Visit the ITS Contact Us page for more information.

Is there a particular technology or IT resource you’d like to know more about? Please click here to provide feedback or request a topic.

Bits&Bytes is a newsletter published by Information Technology Services and is emailed to faculty and staff.

Each issue of Bits&Bytes contains articles, tips and tricks, and resource references to help you discover the breadth of tools and services available at Clark, and to help you navigate the ever changing world of information technology.